It is difficult to find another country in the world where it would be so much public holidays, as on our island, a real cocktail of cultures and religions, where each community faithfully preserves the traditions of their ancestors. In Mauritius public holidays consist mainly of religious and traditional festivals and this indicates the rich heritage of the island’s people and its ethnic diversity.

Here in Mauritius we celebrate New Year throughout the year. First on 31st December to 01st January New Year is celebrated as everywhere in the world and 02nd January also is a public holiday. Then in February the Chinese celebrate their New Year also known as the Spring Festival the most important festival of the Chinese community. On this day, the Chinese decorate their homes in two colours: red – symbol of happiness is the dominant colour and gold – symbol of wealth. Food is plied up to ensure abundance during the year and the traditional wax cake and Hong Pao (gift envelope decorated in red and gold colour, which contains money) is distributed to relatives and friends. Firecrackers are lit to war off evil spirits and Happy New Year is greeted as Kung Shee Fat Choy. By the end of March comes the New Year of two Hindu community the Telegu celebrating Ugadi and Marathi celebrating Gudi Padwa and with them the whole of Mauritius celebrates this day which is also a public holiday.

By mid-April The Tamil will celebrate Varushapirapu their New Year and finally in (October/November) the muslim will celebrate Eid-Ul-Fitr which means breaking of fast and is an important Islamic religious holiday.

The most important national holiday is the Independence Day and Republic Day of Mauritius which are both celebrated on 12th March. Mauritius gains its independence in 1968 and was proclaimed a republic in 1992.

On 1st of May – it’s the Labor Day. Most religious festival dates are not fixed and vary depending on the lunar calendar.

February – January has the most impressive Religious holidays with Chinese Spring Festivals.

Thaipoosam Cavadee a Hindu festival celebrated more precisely by the Tamil Community in Mauritius. Cavadee is among the most spectacular Tamil events. The body pierced with needles and the tongue and cheeks with skewers, the devotee, trance-like and in penance, walks in procession to the temple bearing the "Cavadee", a wooden arch covered with flowers with a pot of milk at each end of its base which he or she places before the deity.

Then the Maha Shivaratri festival which is celebrated by the Hindus in honour of god Shiva. Hindu devotees, clad in spotless white, carry the "kanwar" - wooden arches covered with flowers – on pilgrimage to Grand Bassin, to fetch holy water from the lake. The whole scene is reminiscent of the great rituals on the banks of the Holy Ganges in India.

Holi - is celebrated in March and symbolizes the arrival of spring. This is a time of joy and peace of prosperity. Men, women and children - all dressed in white outfits , doused each other with colored water and sprinkle with colored confetti, paint and powder , while exchanging wishes of good luck .

Ganesh Chaturthi is celebrated in (August - September) by the Marathi - natives of the South Indian state of Maharashtra. The festival is preceded by a strict fast and daily prayers in the temple, where the clay is set before the statue of the god Ganesh. This celebration marks the birthday of Ganesha, the God of wisdom and remover of all obstacles according to Hindu mythology.

Christmas is celebrated in Mauritius on 25th December and is celebrated Mauritians , regardless of religion. During this occasion Christmas trees are decorated (Tropical pine trees or young Araucaria are used as Christmas trees) and gifts are offered to children, friends and relatives. And of course, Christmas is not complete without Santa Claus, which is here called “Père Noël” as in French. Since Christmas falls in the hottest season of the year, the Mauritius Santa Claus has surely hard times in his arctic attire.

All Saints Day is celebrated every year on November 2 by all Christians, although not an official holiday, on this day people visit cemeteries and place flowers on the graves, giving thus a tribute to the deceased relatives.

There is also a purely Mauritian Christian festival, dedicated to the Holy Father Laval - a French missionary who lived on an island in the XIX century and devoted himself in helping the poor. Canonized April 19, 1979 by Pope John Paul II , Father Laval was glorified and was attributed to many cases of miraculous healing. According to belief, the power of the Father Laval has healing powers. Mauritians make a pilgrimage to the tomb of Father Laval located in the town of Sainte Croix (Sainte Croix) on the night of 9th September, Among the pilgrims not only Christians can be seen but all religions. 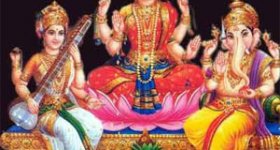 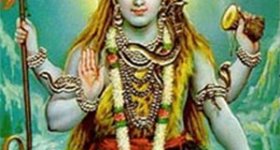 Book this Excursion › Leave your feedback ›